Click on the link to watch episodes of Gopal Bhar Double Gopal: https://www.youtube.com/playlist?list=PL5O3zv2ZcASiQyY9AxATv-tpWK_kH1kmF

Episode 616
-----------------------
Two British men are discussing their ploy on how to capture Krishna Nagar and are planning to take over the rice industry. Meanwhile, Gopal plans to start his own rice industry and through this, he encounters the British men. He then heads over to Maharaja as he finds something suspicious.


About Gopal Bhar:
-----------------------------
Gopal Bhar was a legendary court jester in medieval Bengal. He was in the court of Raja Krishnachandra, the famous king of Nadia in the 18th century AD. Such was the genius of Gopal that the King considered him as a Navaratna of his court. His statue can still be seen in the palace of Raja Krishnachandra. Stories about his exploits are narrated in Bengal to this day and are immortalized in countless short stories. The stories are short, beautiful, humorous, and have a specific social message. Gopal Bhar is famous for stories of his wisdom, in which he outwits other fellow courtiers. 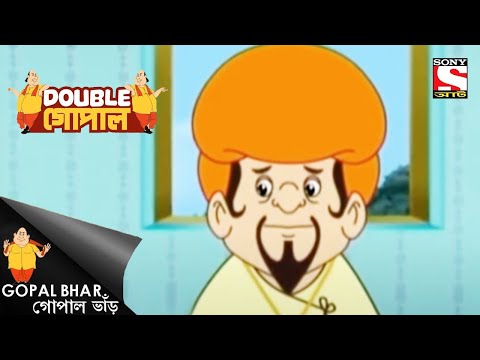