This episode begins with Gopal making the minister and the commander of the Krishnanagar army confess their crime. Now, that the duo has accepted their mistake, Gopal asks the king to let them go but stresses on penalizing the fake Sadhu.

About Gopal Bhar:
-----------------------------
Gopal Bhar was a legendary court jester in medieval Bengal. He was in the court of Raja Krishnachandra, the famous king of Nadia in the 18th century AD. Such was the genius of Gopal that the King considered him as a Navaratna of his court. His statue can still be seen in the palace of Raja Krishnachandra. Stories about his exploits are narrated in Bengal to this day and are immortalized in countless short stories. The stories are short, beautiful, humorous, and have a specific social message. Gopal Bhar is famous for stories of his wisdom, in which he outwits other fellow courtiers. 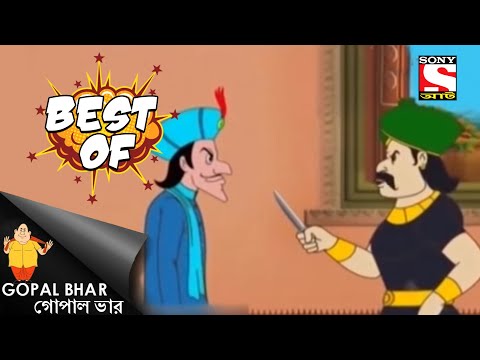