Tayo and Littlebus, who lived a peaceful daily life, are caught up in the battle of wizards in the human world, absorbing the stone magic of the sun that the bad wizards tried to take. Bad wizards catch Logie, Rani, and Ghani again to take away the stone of the sun, but Tayo escapes the crisis with the help of Carly. Tayo heads to the magical world with Callie and Bird to save his friends who were captured by bad wizards. 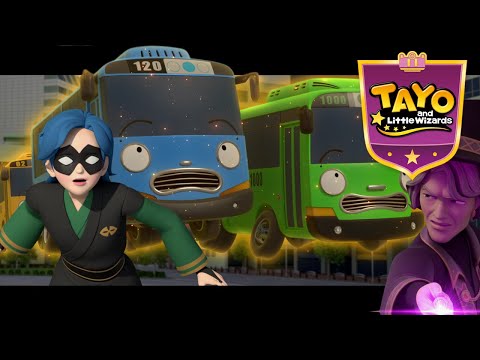