10 of the Most Politically Incorrect Creepy Cartoons in History

admin
Thomas R Reich PhD looks at 10 of the Most Politically Incorrect Creepy Cartoons in History that are totally politically incorrect today. In the early 1940's up through the 1970's, these cartoons reflected the general population and business attitude to morals and morays. The marketing idea was to make America creeped out, scared or at times think about what they were seeing on the screen.

Dr. Reich introduces these cartoons as their restorer and the keeper of the history they represent. If you are a classic animation fan, you know Tom's work, his Cartoon Crazy's series sold over 4 million copies with its 42 (almost 200 covers when you look at the different territory releases!) volumes over the years. These are cartoons he restored but kept in them stuck away because they are just too out there for today's commercial audience.

Today many of us are stuck indoors sheltering from the corona virus, the feeling is early similar to that of the year directly before the US entered WW2, or for the younger boomers the year following 9/11. These 10 classic animations, Claymation's and silhouette cartoons are from those eras and presented to entertain you today, with history in mind. If you are easily offended - you are warned, don't watch them! Everyone else get ready for an hour of fun and entertaining history.

Remember, these were not politically incorrect when they were shown in movie theaters upon their release, but they have always been meant to creep out the audience! These were mainstream cartoons, shown to the general public, but some were seeded with propaganda by the US and other Governments to subtlety push one point or another at that time.

10 of the Most Politically Incorrect Creepy Cartoons in History 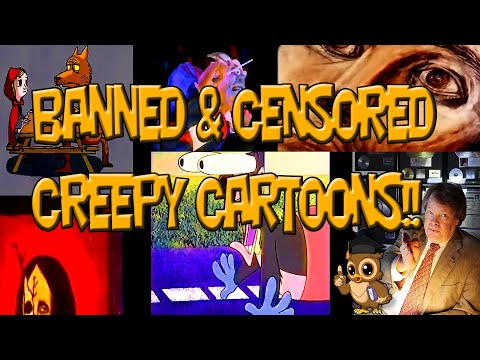 Thomas R Reich PhD looks at 10 of the Most Politically Incorrect Creepy Cartoons in History that are totally politically incorrect today. In the early...