Luca the most recent animated movie of Disney and Pixar that everyone has loved, it is without a doubt the best animated movie of the year, made by pixar studios it sure is a great movie with a great storyline, luca starts with the life of a sea fish who has a hunger to discover the surface, but his mom always tells him to never get close to humans, but one time he meets another sea fish called alberto who actually lives in the outside world and helps him get out of the water and explore the human world.

The two guys, luca and alberto will have to go through incredible experiences in the town of portorosso located in the italian riviera to find their most precious vespa, in the adventures alberto and luca will meet great friends like giulia and many other good humans, luca and alberto will live their best summer in portorosso doing fun things like riding scooters and eating pasta but in pixar's luca we never see characters like giulia as sea monsters for example, they're either humans or sea monsters. So stay tuned for the 10 PIXAR'S LUCA Characters As SEA MONSTERS.

Don't forget to subscribe to my channel for more great videos: https://www.youtube.com/channel/UC69gxCd4ZWc4ESnLlz_8QGg 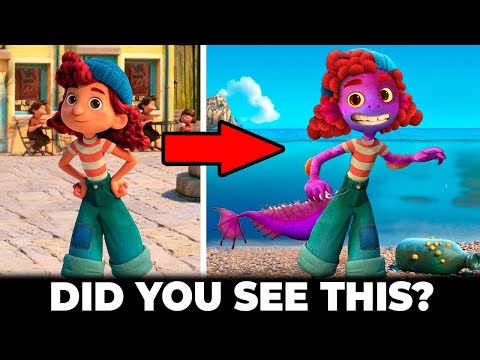 TOP 10 PIXAR'S Luca characters as sea monsters Luca the most recent animated movie of Disney and Pixar that everyone has loved, it is without a doubt ...