admin
The 90’s were truly the Golden Era of cartoons and animated TV shows in America. Generation-defining cartoon shows like the affable Spongebob Squarepants, the edgy & on-the-nose existence that is South Park, and the goofiness of the Rugrats. And interestingly enough, before the MCU helped Marvel Comics take over the world, they were doing it on weekly television! Spiderman: The Animated Series catapulted Marvel’s Greatest Character into mainstream superstardom, and even Tony Stark’s bizarre, comic-accurate adventures found their way onto the national stage. But no other animated series can ever touch the heights of the 5-year run that the X-Men had every Saturday morning over at Fox. From 1992 to 1997, we were treated to what is possibly the best representation of Marvel’s mutant community ever; 5 seasons packed to the rafters with cerebral storylines and lucid illustrations that did more than justice to Stan Lee & Jack Kirby’s seminal creation. And that opening sequence is still one of the best in cartoon history; you can’t change our minds! Marvel has announced that it will revive the iconic series in the Summer of 2023 through their Disney+ X-Men ’97 animated show. And what better way to prepare for its arrival than re-watching its best episodes These are the Top 11 90’s X-Men Episodes – Explored. And as always, this is your Spoiler Warning; proceed at your own risk!
Before we go into our explanation, we have a very small request.
If you like our content please support us by subscribing to our channel, this is a small click for you, but for us, it means a lot, thank you, lets begin. 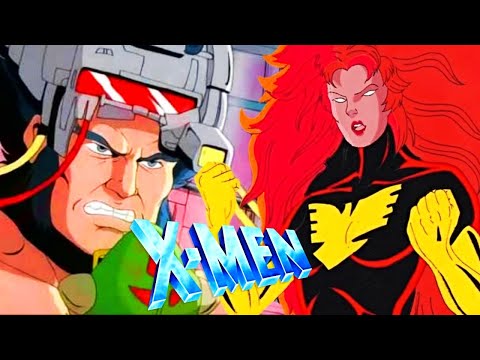 The 90’s were truly the Golden Era of cartoons and animated TV shows in America. Generation-defining cartoon shows like the affable Spongebob Squarepa...