13 Ultra-Violent Batman Animated Moments Where He Unleashed His Berserker Rage!

admin
One of the biggest reasons why Batman is one of the most beloved superheroes is because he is a regular man with no superpowers. Not just that, but his moral code of never killing or him never using a gun can be seen as a severe handicap against lethal villains who do not fret over taking lives or make millions of dollars out of their marksmanship.
With his expert skills in martial arts and a rogue gallery with some of the most lethal and brutal villains, Batman has gotten involved in his fair share of brutal fights. And often, he has kicked the defense to the curb to absolutely decimitate his opponents or stand tall against more competent villains. The Dark Knight has bloodied his enemies, almost killed the Joker, broken several bones, and dropped villains from several stories above. The only reason why the faces didn’t look as battered as the blows is because the animated movies are PG-13. But one look at the hands Bruce is throwing and you’d know that in a real life situation , his opponent would be toast.
In this video, we are going to list down 13 such fights where Batman went absolutely ballistic, be it of his own accord while being calm or in a state of emotional frenzy.
Before diving into the content, we would like to make a very small request to our viewers. Please subscribe to Marvelous Videos. Like and comment on our videos and press the bell icon to be notified whenever we upload a video. We would be grateful to you and we hope to bring you the best nerdy content. So, without further ado, let’s get right into the video.

13 Ultra-Violent Batman Animated Moments Where He Unleashed His Berserker Rage! 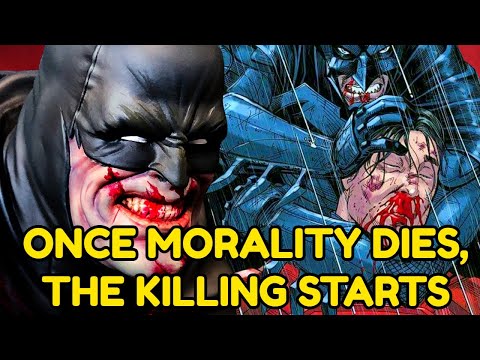 One of the biggest reasons why Batman is one of the most beloved superheroes is because he is a regular man with no superpowers. Not just that, but hi...