admin
Queen Elizabeth the Second is the Queen most of the people on earth have known for their entire lives. Her influence on the world is incomparable - and in this video, in memory of the monarch, we’re checking out some of her animated appearances in shows and movies!
The Queen has been portrayed on screen since the eighties when she was included in the script for the animated show DuckTales. The Simpsons has been running for years and years, so it's no surprise the Queen made multiple appearances and was often mentioned throughout the series. The first Minions movie featured quite the action sequence with the Queen in her carriage. Cars 2 brought us the Queen as we’d never seen her before - in car for. This made the most sense in the Cars universe! The Queen was part of one film - but she was not the main event, instead, it was her beloved ups - the corgis! The film, The Queen’s Corgi has a special place in our hearts. Not every reference to the Queen was so PG or nice - the parody series “The Prince” featured plenty of less flattering portrayals of the whole royal family - but the show only went on for a season anyway! The Queen was a fan of the arts herself and teamed up with one of the most epic British animation stars there is - the one and only Paddington Bear. The Queen happened to share a birthday with a beloved animated character - which inevitably led to a special story about the two of them meeting! From animated shows to biopics, to currency across the world, the face of Queen Elizabeth II is one we’re used to seeing, we hope these cameos help keep her memory alive for years to come!


For copyright matters please contact us at: [email protected] 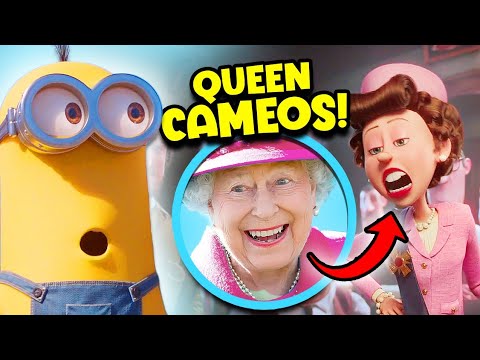 Queen Elizabeth the Second is the Queen most of the people on earth have known for their entire lives. Her influence on the world is incomparable - an...