admin
Lets looks at what warped the minds of kids in the 80s.

A strange movie that lives in the spirit of 70s adventure cartoons. Forget Disney think more Ralph Bakshi. It often breaks into folk song when the characters take a new step of their journey. Its often nuts, but has frequent moments that I found fascinating.

The soundtrack features the band "America". The soundtrack for this movie was a hit for them in Germany. From what I've read this soundtrack was a hard to find rarity anywhere else in the world until the internet age brought all things to everyone.

This 3D blu-ray edition is a little better than terrible. Which doesn't sound like high praise but it actually is. It was obviously done at low cost and I've seen several movies butchered like this. This one seems to have had at least some attention given to the result. Its OK with occasional good moments.

The voices feature several people who are still known for projects that were yet years in the future.

Its rather amazing how pervasive the idea of a unicorn has become. I was surprised to learn this idea of a magical horned horse is a 20th century invention. Before then the word unicorn was an obscure taxidermy term which was used for a one horned rhino.

This is a German release that happily was not region coded. 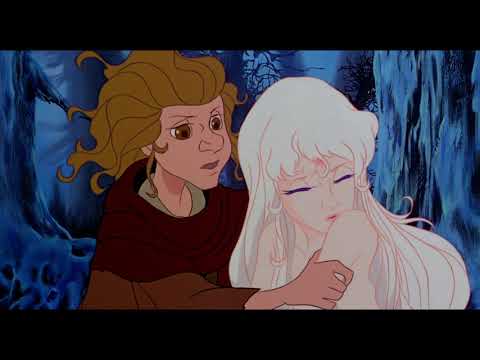 Lets looks at what warped the minds of kids in the 80s. The Last Unicorn 3D edition A strange movie that lives in the spirit of 70s adventure cartoons...