admin
Is Turning Red's Abby Boo from Monsters Inc? Is Tyler really Alberto from Luca and did Soul's 22 become Mei? The best Turning Red Pixar theories & likely characters and villains who could appear in Turning Red 2, the sequel.

Get The Art of Turning Red with FREE WORLDWIDE DELIVERY ► (The Book Depository) https://tidd.ly/3DqbpSh
Or from Amazon ► https://amzn.to/35bOD3L
As an Amazon Associate and affiliate partner with The Book Depository we earn from qualifying purchases.

DISCLAIMER: Any video and images used belong to the respective copyright holder and are used under fair use rules for the purpose of criticism and review.

ABOUT THE MOVIE
Disney and Pixar’s “Turning Red” introduces Mei Lee (voice of Rosalie Chiang), a confident, dorky 13-year-old torn between staying her mother’s dutiful daughter and the chaos of adolescence. Her protective, if not slightly overbearing mother, Ming (voice of Sandra Oh), is never far from her daughter—an unfortunate reality for the teenager. And as if changes to her interests, relationships and body weren’t enough, whenever she gets too excited (which is practically ALWAYS), she “poofs” into a giant red panda! Directed by Academy Award® winner Domee Shi (Pixar short “Bao”) and produced by Lindsey Collins “Turning Red releases on March 11, 2022.

According to “Turning Red” director Domee Shi, if you set a 13-year-old girl’s coming-of-age story in the early 2000s, it’s pretty much mandatory to include a boy band. “We needed our character Mei to be obsessed with something that her mom would not approve of,” said Shi. “Boy bands were the first step into the world of boys for a lot of girls that age. The guys were all super pretty, polished, soft and loving, and they had of way of bringing girls and their besties together. Plus, I thought it’d be really cool to create an animated boy band.” 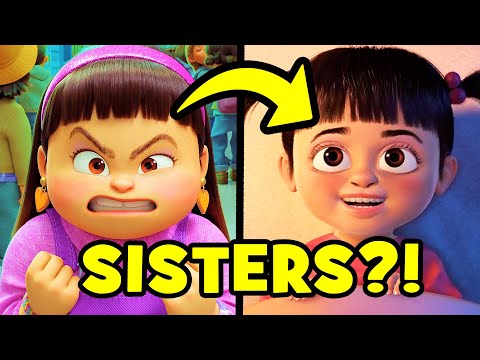