Disclaimer:
This video (bhuter cartoon) is based on a true story. But all the characters shown in this video are fictional (animated) and have no real resemblance to reality. If in any way it matches reality, it is purely coincidental. All types of blood shown here are artificial which have no resemblance to the real. Here we have altered many parts of the truth about the story. It is created just for entertainment. 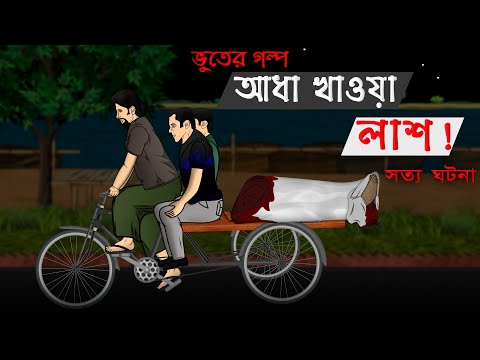 This true ghost story (satya bhuter golpo) was sent by our subscriber Shakib. And this happened to his own uncle. One day when Shakib's uncle was retu...