admin
Animal World: Death Game (2018) Thriller movie explained in Hindi Urdu. The Chinese  Adventure Thriller film “Animal World Death Game” a.k.a Mr. Nobody story summarized with a complete ending in हिन्दी explanation. The Plot is about 'Zheng Kaisi' who works as a joker and is struggling to pay his mother’s bills. He has the ability to see himself envisioning various animals around him that he believes can damage him, but this is not the case because it is more like daydreaming. One day he was brought aboard by a wealthy real-life game event organiser who offers Kaisi the choice of having his checking account wiped away or continuing to work for 30 years to pay it back. He was given instructions on how to play the deadly Rock Paper Scissors game where the winner will win a lot of money and the loser will die or be put in jail. Now he has to decide. Kaisi offers to take part in high-stake games in open waters. Because his mother was in a coma and had to be admitted to the hospital now without any delays. His friend approaches him and requests that he sell his plot so that they can purchase a standard apartment. But a friend of his defrauded him and left him in a big debt. After seeing all this he accepted that game to play. Later, he was taken aboard a destiny ship where he was given instructions on how to play the game there. The rock, scissors, and paper cards were given to all players. In comparison to those who have paper, those who have scissor cards will win. Those with rock will win because rock can break the scissor, while those with paper can defeat those with rocks card because paper can wrap the rock one by one.

With so many players around, he was duped. Many individuals have tricked him and exchanged his cards there, but he has remained truthful till final moments. He has aided and understood those who have defrauded others. He now runs into a friend who has betrayed him. He has supported his friends and makes use of his intellect and some rules of probability in game. He enters the jails to save his friends, but his companions betray him and leave him alone. And he lost his friends, who were actually his enemies; he took the money from them that he earned through his hard labor. In the end, he is able to free himself from the fate ship. He provides his money to the old man whose son was sick, and his bad credits were eventually forgiven. This fantasy tale based film concludes here.

Disclaimer: Any footage(s) in this video have only been used to convey an understandable message to the audience. To the best of my knowledge, it's an allowable use in the reviews and commentary section. We have no intention of infringing on anyone's rights. Thanks 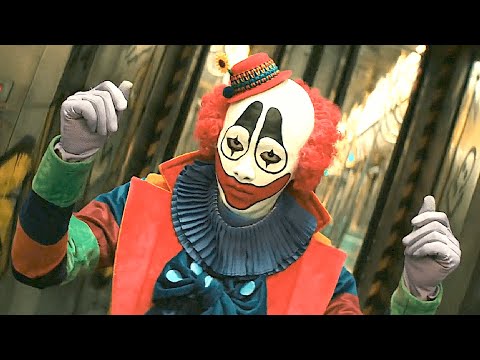