admin
Bigfoot Family (2020) Animated movie explained in Hindi Urdu. The American Fantasy animation film “Big Foot Family” story summarized with a full ending in हिन्दी explanation. The plot is about man Bigfoot, who was tired of doing good things for the world. He was famous, and his son Adam was tired of it all. But one fine day, he receives a letter from Alaska and learns that they are in trouble because an oil company is destroying the environment. He goes there, but the company's owner, Mandrake, kidnaps him and claims that a wolf has been captured Bigfoot, but Bigfoot can't even talk to animals, so this was impossible. Later, Adam wants to viral his father's video because his father does video vlogging in Alaska in order for the people to know what is going on? He was also called for this purpose he will spread this protest.

Adam loses his father in all of this, but he also saves his family because his mother, Shelly, is also involved in this problem. Adam does this through video recording and uploading them die, to which his video goes viral and the people and police learn the truth later, Adam saves from the bomb to be blown up that was foxed by Mandrake because he wants to produce oil from the valley, even though the animal's houses were being ruined.

But the dam prevents this from happening and saves them, and the government declares the area wildlife. They also return home, and in the end, Bigfoot says in his interview that it will not be possible without my son and Emma, whom Adam likes, who also comes to meet Adam and Adam again purposes Emma and they live happily with their family. This was the final scene of the movie. 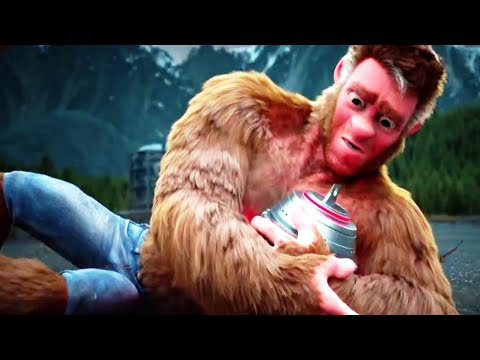