Blood Tea and Red String tells a Grimms-like morality tale of anthropomorphic, aristocratic white mice who commission the Oak Dwellers to create a beautiful doll for them. As in an Aesop fable or Orwell’s Animal Farm, the animal skin serves as a vehicle to explore our human nature from a safe distance and creates an opportunity for the many layers of symbolism and social commentary to intersect. The film is dialogue-free, which has enabled it to reach audiences worldwide and allowed viewers to find their own meaningful interpretations of the symbolism.

Released in 2006, Blood Tea and Red String won awards, international distribution, and excellent reviews in the press. Variety called it "a David Lynchean fever dream on Beatrix Potter terrain...close in macabre spirit to the original versions of many classic fables," and The New York Times considered it “[a]s much a work of sculpture as of cinema." In 2017 SyFy Wire described it as a “fairy tale which touches on modern issues such as class differences, intellectual ownership and giving birth.” In a review from earlier this year Fangoria declared it "an animal fable both dark and explicitly feminist in its mission....so original and made with such clear passion that it almost takes you a moment to catch your breath."

Blood Tea and Red String has grown in acclaim since its premiere at the San Francisco Independent Film Festival where it won Best Animated Film. It has been included in critics’ lists such as Cinemaholic’s 7 Best Stop-Motion Animated Movies of All Time, Taste of Cinema’s 15 Best Surrealist Movies of The 21st Century, Syfy Wire’s 8 Best Sci-Fi Films With Minimal Dialogue, and Cartoon Brew’s Animated Films by Solo Artists. It has been cited in scholarly books and has been the topic of scholarly research papers. 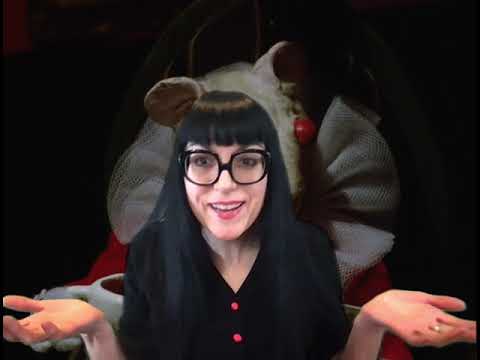