admin
Get Your BUYEE COUPON NOW: https://bit.ly/buyee-AnimeBallsDeep
Boruto: Naruto Next Generations Manga released Boruto Chapter 73 which reveals The 5th Great Shinobi War is soon to happen! With the Eida and Deamon Joining Kawaki and Boruto in the Konoha Village as well as Code Unlocking his true powers and gaining the power of the ten tails, there is no avoiding a war between Code and Konoha. However, since Kawaki regain his Karma and the inability to deal with Eida and Deamon, Shikamaru and the others can't do anything to stop them if they were to go berserk and destroy everything. Which will lead to Naruto and Sasuke utilizing the power of Scientific Ninja Tools in order to be ready for any threat that may appear. We explain how Naruto would be able to use the power of the Byakugan, via Orochimaru goggles, which he has used before in the past according to some novels. As well as Sasuke is able to use a cyborg eye which would resemble the Rinne-Sharingan he previously lost.

Join this channel to get access to perks:
https://www.youtube.com/channel/UCgR3SrM8T6GCFUTuxSFlR7A/join 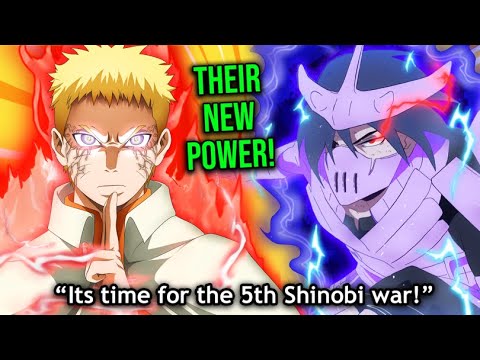