Cartoons You Shouldn't Watch In Front Of Your Kids

admin
Animation isn’t always meant for children. Sometimes, it can get pretty dark, scandalous, and violent. But which of these works are among the most important to keep from impressionable eyes? Well, we're here to tell you about the cartoons you should never watch in front of your kids.

Hey, let's see if you remember this movie. It's roughly 30 years old, and takes place in a world inhabited by live-action humans and animated cartoon characters. Much of it takes place in a stylized, somewhat seedy vision of America in the 1940s, a world full of private detectives, small-time hustlers, and gorgeous dames concealing complex agendas. Tension seethes between the humans and the cartoons, and a reckoning is imminent. Luckily, an unlikely partnership between two people from both sides emerges, and the day is saved for human and cartoon alike.

It's gotta be Who Framed Roger Rabbit, right? Wrong. We're talking about Cool World, which, despite its many similarities to the 1988 Disney classic, is distinguished by one massive difference. It is very much not for kids.

Though it too tells the story of a down-on-his-luck dude inhabiting an animated landscape, the titular Cool World tempts him with all manner of R-rated debauchery, most prominently in the form of femme fatale Holli Would. She longs to become a live-action "noid," a process she accomplishes by sleeping with our human protagonist. You might think Jessica Rabbit was raunchy, but she has nothing on Holli, a character who wants to become human in large part to experience what human women feel when they "do it with a man." If you're looking to share a groundbreaking fusion of live-action and animation with your kids, stick to the denizens of Toontown, even with Jessica Rabbit's sordid games of pattycake.

You can't talk about superheroes without talking about Stan Lee.

As marvel's main man, he oversaw the creation of household names like Spider-Man, Black Panther, and the Hulk. He reshaped the tone of the entire genre, and he lived to see the transition of his characters from the page to the screen dozens of times over and became a pop culture icon in his own right. Of course, like any creator, not everything he made reached such heights of success. Sure, you've heard of the Fantastic Four, but you're probably less acquainted with later work like Heroman, Romeo and Juliet: The War, or the Guardian Project, a team of superheroes based on hockey teams. Yet omnipresent or obscure, a Stan Lee creation can generally be depended upon to entertain fans of all ages. Right? Keep watching the video to see all the cartoons you shouldn't watch in front of your kids.

Cartoons You Shouldn't Watch In Front Of Your Kids 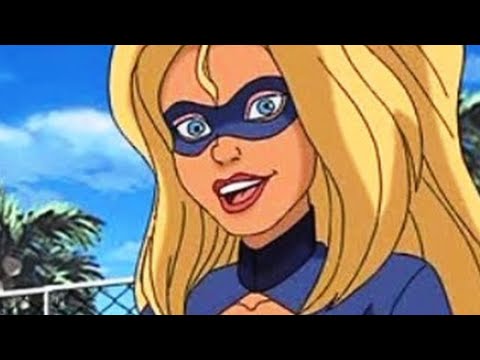 Animation isn’t always meant for children. Sometimes, it can get pretty dark, scandalous, and violent. But which of these works are among the most imp...