Today is an important day for Zak, but everything is going horribly wrong. During his adventurous bus ride, Zak goes through a deeply personal metamorphosis.

Below the comedic surface lies a warning for all of us to not lose the importance of human connections. As Zak becomes more socially aware and appreciative of his diverse community, so do we.

Metro6 is mostly a 3D animated film created within Autodesk Maya, but has a unique style utilizing an experimental hybrid combination of 3D animation with 2D animation hand drawn over the top of many shots. We recently concluded our festival circuit with Metro6 having won best in category several times, and being included in several Oscar, BAFTA, and Canadian Screen Qualifying festivals.
Geoff Hecht http://www.geoffhecht.com

We really hope you enjoy watching this video!
When you do, please hit the LIKE ✔️ SUB ✔️ SHARE ✔️ button as well as the bell symbol 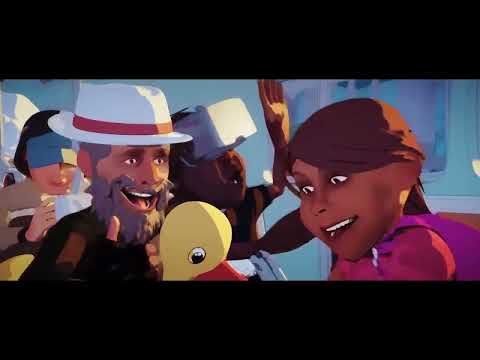