Bheem now stronger than ever is in the kingdom of China, participating in the emperor's annual martial art competition. The world's top fighters have assembled there and Bheem has his whole gang of friends from Dholakpur with him. The competition starts with Kalia to participating and while Bheem fights his way through the rounds. Kalia gets beaten and drops out. In the middle of the fight, Zuhu an evil part demon and nephew to the emperor returns after being banished from the kingdom and kidnaps the daughter to the emperor, Princess Kia. Bheem gives chase, over rooftops and treacherous ravines but Zuhu disappears with the princess. Bheem is up against it, with his friend's ,Emperor Jian and Dragonland people's Support. Bheem goes after Zuhu, along the way freeing the people, Zuhu held as his slaves and rescuing princess Kia earning love and respect in the land of the dragon. 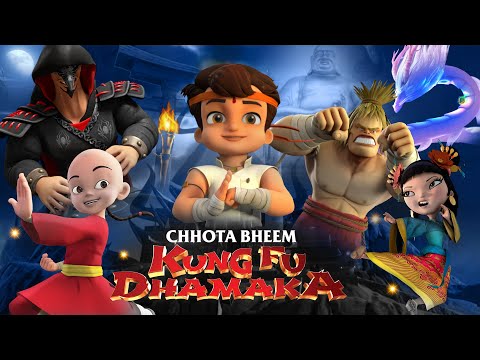 Watch Full Movie Now on Google Play Movies: https://bit.ly/KFDhamaka Bheem now stronger than ever is in the kingdom of China, participating in the emp...