admin
Here's a collection of holiday-themed cartoons floating around in the public domain, under the heading of Christmas Cartoon Classics, as aired over WLS Channel 7. (A little Easter egg bonus will follow at the end.)

Apart from the first, fifth and sixth cartoons, the other half were originally "Noveltoons" (except as noted) produced by Famous Studios and syndicated in the 1950's by U.M.& M. TV; these pre-dated the non-Popeye Famous cartoons that were sold (along with the rights to the characters) in 1959 to Harvey Comics.

All voiceovers for this show are by Del Sharbutt.

F.I.M. - Half off on Christmas decorations

Opening titles and premise for this edition, with sponsor billboard for National Dairy Council, Fisher-Price and Mattel

First short: "Rudolph, the Red-Nosed Reindeer" (1948 - 16 years before the more famous TV special, and one year before Gene Autry's definitive version of the song which would be incorporated into this cartoon in a 1951 reissue), produced by the Jam Handy Organization and directed by none other than animation legend Max Fleischer

Next up: "Snow Foolin' " (1949) - a "Screen Song" cartoon with a "follow the bouncing ball" theme about various animals preparing for winter - and singing to the tune of "Jingle Bells"

Promo for Oprah - weekdays at 9am

Promo for Measure of Success - for 6:30pm

Next one: "Christmas Comes But Once a Year" (1936), produced by Max Fleischer (whose studio was predecessor to Famous Studios) and directed by Dave Fleischer - notable in that: a) it was Professor Grampy's only appearance without Betty Boop, and b) his only appearance in color; backgrounds done with a stereoptical effect invented by Fleischer in 1934 and used in several cartoons of the time (referred to in Leonard Maltin's book "Of Mice and Magic" as the "Turntable" system)

National Dairy Board (yet again!)

Final P.D. 'toon of the hour: "Jack Frost" (1934), produced by once-and-future Disney associate Ub Iwerks and released as a "Comicolor" offering; the musical director was one Carl W. Stalling, a few years before he joined what was then Leon Schlesinger Productions (which, in 1944, became Warner Bros. Cartoons, Inc.)

Easter egg: Opening titles for The New Adventures of Winnie-the-Pooh, which ran from 1988 to 1991

About The Museum of Classic Chicago Television:

The MCCTv (FuzzyMemoriesTV) is a 501(c)(3) non-profit whose primary mission is the preservation and display of off-air, early home videotape recordings (70s to early 80s, mostly) recorded off of TV (in Chicago or other cities now too); things which would likely be lost if not sought out and preserved digitally. If you have any old 1970s videotapes recorded off of TV please email: [email protected] Even though (mostly) short clips are displayed here, we preserve the entire broadcasts in our archives - the complete programs with breaks (or however much is present on the tape), for historical preservation. For information on how to help in our mission, to donate or lend tapes to be converted to DVD, please e-mail [email protected] Thank you for your help! 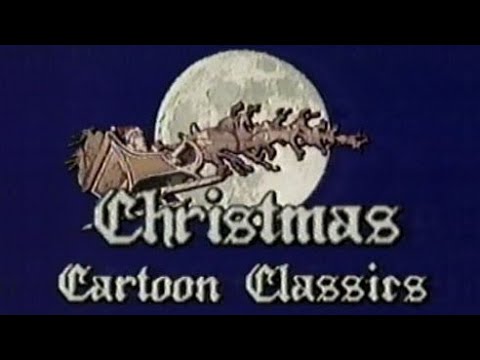 Here's a collection of holiday-themed cartoons floating around in the public domain, under the heading of Christmas Cartoon Classics, as aired over WL...