Clip taken from Episode 5, Season 9 - "Windmill Monkey": George is busy planting food in the rooftop garden of the apartment building but he has a problem. He can't stop Compass and his pigeon friends from eating all the seeds. He recalls how the Renkins built a scarecrow in their garden to scare away birds so he decides to do the same thing. But his is not scary enough to scare away any birds. Later, he and the Man with the Yellow Hat go to a farm in the country where George comes across a windmill. The farmer tells George that windmills can be used for many different things and they are all done with nothing but the power of the wind. So George decides to build a windmill of his own to make his scarecrow move. Reference: Don Quixote and the windmills. 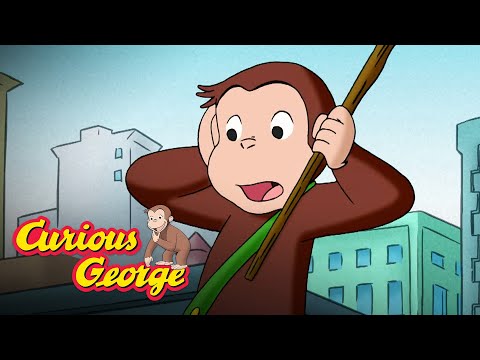