admin
George has fun on a snowy winter day.

Clip taken from Episode 5, Season 7 - "Monkey On Ice": In a sunny but snowy winter day in the country, George comes across Bill building an igloo in an attempt to earn his newest Sprout Badge. Bill tells him that to earn the badge, he will build an igloo and spend the night in it. George decides he would like to build an igloo of his own but he would like to make it big enough for all of his friends. Bill reminds him that smaller igloos hold more heat in but George remembers several thing Bill had done to make his igloo airtight. George and the Man build a larger igloo, but George does not make it airtight, and he winds up freezing in the middle of the night. So he decides to build another igloo inside the house. 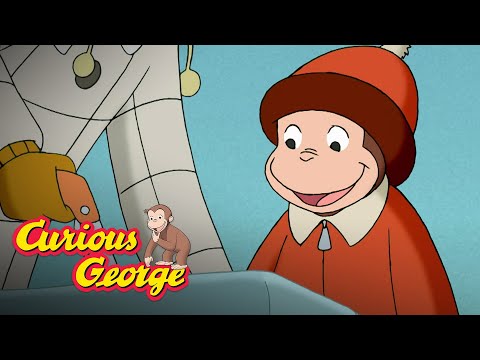 George has fun on a snowy winter day. ► Subscribe to the Curious George Official channel for more great videos: http://bit.ly/2fNhwJS Clip taken from ...