Disney has been making animated movies for over 80 years, and over these years they surpassed themselves a few times. They have made box office opening weekend records with movies like the 2019 remake of The Lion King, as well as they were the first to make a full length animated feature to be screened at the theatre with Snow White and the Seven Dwarfs.
Disney didn’t stop there. In 1990, The Little Mermaid was their first movie to win an Oscar nomination. Then shortly after they released Aladdin, which went on to do $500M at the box office.
Moving to home video sales, VHS remember those? The Lion King (1994) holds the record for the most copies sold of those.
In the stream of the 90s, Disney released the first fully computer-animated feature with Pixar’s Toy Story. The movie has a perfect score on Rotten Tomatoes, which is a record in itself!
The following victories came about to other Pixar movies, Finding Nemo, which was the first Pixar movie to win an Academy Awards, and then followed up by The Incredibles winning a Hugo Awards.
Disney couldn’t stop there, Toy Story 3 was the first movie to gross up $1B worldwide in 2010. Short few years later another milestone was hit, where Brenda Chapman became the first female director for Pixar’s feature film, Brave.
Frozen came about in 2013 and at the time it did shatter Toy Story 3’s box office numbers, and shortly after Finding Dory did the same domestically, as well as The Incredibles 2.
Finally, in 2019, Toy Story 4 won an Oscar, making it the first Disney franchise to have won the same awards twice, all of that, while Frozen had the biggest opening box office of all time for an animated film.
Don’t forget to like, subscribe and share for more from Screen Rant! 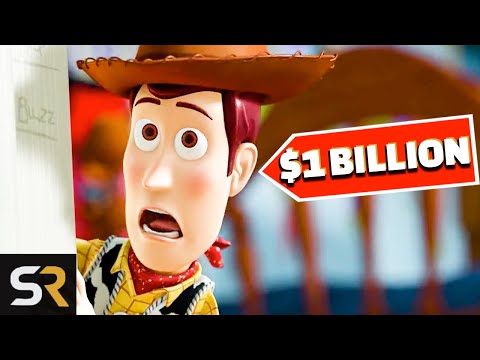 Subscribe: http://bit.ly/Subscribe-to-Screenrant Disney has been making animated movies for over 80 years, and over these years they surpassed themsel...