admin
Evolution (2001) Thriller Movie explained in Hindi Urdu. The American Sci-Fi-Drama Thriller Film “Evolution: Giant Alien Vs. Human” story summarized with a full ending in हिन्दी explanation. The plot is about the evolution of alien creatures and human effort to stop the natural selection. When an asteroid hits Earth, it brings single-celled organisms and insects that were born as a result of the heat. Harry and Kane, two doctors discover the meteor and also that there are cells in the liquid found in the meteor, and their evolution rates were much faster than humans'. It takes billions of years for humans to evolve; it is a cost of development; however, they are developing quickly and becoming elder. The insect, on the other hand, dies when Kane picked it out of the earth because they can't survive in our environment. The giant aliens gradually spread throughout the city, wreaking havoc. Later, the military takes over the place and steals their data as well, but Harry and Kane were concerned because it was their discovery. In the end, the general discovers a way to blast the caves where the aliens are hiding, but Harry notices that the liquid in the lab is still in the same condition, and they realize it is all due to heat.

Because of the heat, the liquid of the meteor transforms into alien cells, and the process of evolution begins. Harry and Kane discuss how, just as carbon is dangerous and poisonous to humans, selenium is dangerous to aliens, and theorists tell them that the shampoo contains selenium and the firefighter brings the fire truck with the shampoo. A huge alien appears as a result of the general's blast, but they end it by pumping shampoo into it with the fore truck. Later, there was a huge explosion to end the giant monster evolution, and the general admonishes them and refers to them as heroes. The general was also removed from his position and promoted to sergeant. This was the final scene of the movie.

Disclaimer: Any footage(s) in this video have only been used to convey an understandable message to the audience. To the best of my knowledge, it's a permissible use in the reviews and commentary section. We have no intention of infringing on anyone's rights. Thanks. 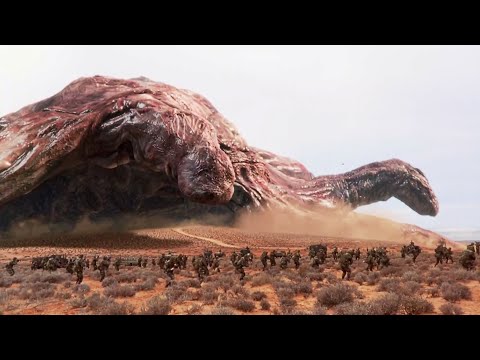