admin
Frozen 2 (2019) animated movie explained in Hindi Urdu. The American Fantasy animation film “Frozen 2" full story summarized with a complete ending in हिन्दी explanation. The sequel of this plot starts with the king "Agnarr" who is telling the story to is two daughters named "Elsa" and "Anna" how their grandfather wanted to build a dam to unite their land "Arendelle" and the Nourdalr's land "Enchanted forest. But their grandfather is killed during the fight and Agnarr escapes through a mysterious thing. Elsa begins to hear a mysterious voice which seems to be coming from the enchanted forest. Actually, this is the same voice which was heard by her grandfather. Anyhow, "Elsa", "Anna" with two more companions set out to an enchanted forest where the spirits dwell including water, air, fire and Earth . They are entrapped in a tornado there blown by a spirit in which "Elsa" is trapped. It is revealed that "Elsa" possesses some special powers which can help her in her trouble. She also sees the images of the past in the ice sculpture and the reality begins to reveal.

She comes to know that her parents had sailed in the dark sea to know about Elsa's power but did not return. She wanted to know the facts and also sails there which is considered very dangerous. But she avoids "Anna" and other companions to keep them secure. The dam built by grandfather is damaged . And the whole land is flooded. "Elsa" reaches there on her horse and resolves the trouble while creating the ice falling stream on the way. In the end, "Elsa" becomes the guardian of the enchanted forest while |"Anna" is crowned. Because both had some special abilities as being the daughter of the king. Please Like, Share and Subscribe. 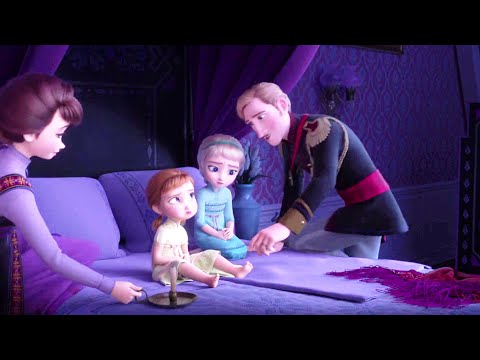