admin
Here's Another Fanart where the Feels are Real! (Mawrasite is Best Character!)
Enjoy!

Music by MusMus https://musmus.main.jp/
https://youtu.be/4AUQWE8uqqY
-----------
Villainous is a Mexican cartoon created by Alan Ituriel that first aired 10 short episodes in 2017, primarily for the "Cartoon Network Anything" app. It is based on his 2012 web-series and was picked up by Cartoon Network Mexico. The miniseries is co-produced by Cartoon Network and AI Animation Studios.
When Black Hat gets an important contract to defeat a hero, it’s up to Flug to get the team to work together, though it might be easier said than done.
Black Hat is a pure evil, narcissistic mastermind who runs Black Hat, Org. and appears in all of the ads that the "company" produces. Black Hat is of unknown species and is able to shapeshift, teleport, manipulate space, conjure objects at will and open portals with his claws. He is shown to be able to play the pipe organ and, according to the creator, a violin with strings made of cat guts. Black Hat is also shown to wear a smaller, black bowler hat beneath his signature top hat. An alternate, muscular Black Hat in "The Perception of Evil" was voiced by Markiplier, but in Spanish and English was voiced by Ituriel himself.
Dr. Flugslys is a nervous scientist who wears a paper bag over his head. Flugslys means 'aviation accident' or 'plane crash' in Icelandic and, according to the creator, Flug has obtained his driver's and pilot's license. Nobody has ever seen his face, except, according to someone working on the show, Black Hat himself. According to a tweet by Alan Ituriel, the reason behind his bag will be revealed once the mini-series becomes a show.
Demencia is Black Hat's crazed fan and assistant. Her outfit is inspired by reptiles and she has a love for destruction. If she crouches down, because of her hair color, her hair covers her body and she resembles a lizard. She is seen to be able to play the electric guitar. She is hinted to be an experiment.
5.0.5 is the organization's failed experiment that cannot be killed. Intended to be an evil creature, he instead became very loving and enjoys hugging his friends. He is a big blue bear-creature with a single flower sprouting from his head that wilts and grows based on his emotions, and closes when he is asleep. He seems to be the organization's housekeeper. 5.0.5 sees Dr. Flug as a father more than a creator, which makes Demencia his troublesome sister.
In a crossover episode with the show Villainous, V&V team up with Dr. Flug and Demencia to try to find a squid monster who is disguised as a human in Monte Macabre.
Villainous (Spanish: Villanos) is a Mexican animated television series produced by A.I. Animation Studios for Cartoon Network and HBO Max created by Alan Ituriel, a veteran of the animation industry in Mexico.
Villainous is the story of Black Hat Org., run by the evil mastermind Black Hat and his team of three less-villainous aides. Black Hat Org's mission is to assist other villains to solve their heroic problems. They sell evil inventions created by Dr. Flug and offer various services, such as advice on how to defeat the hero or take care of the hero themselves. However, things usually end up going wrong as the brilliant innovations and plans tend to have small and often comical flaws. 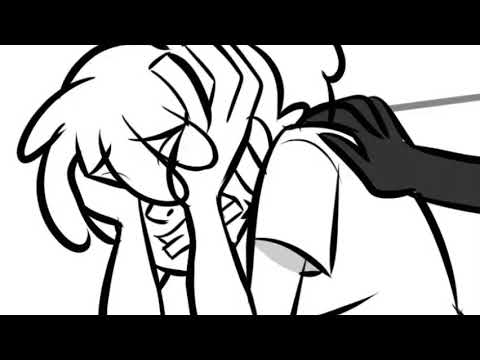