admin
Go to http://buyraycon.com/nostalgia to get 15% off your order.
Go to http://hellofresh.com/critic16 and use code critic16 for up to 16 free meals and 3 free gifts.

The tubby orange cat has been around forever, but is there any substance to the late 80s and early 90s series? Nostalgia Critic takes a look at Garfield and Friends.

Check out Doug on Cameo for Charity - https://www.cameo.com/nostalgiacritic

Watch the NC review of The Brave Little Toaster - https://youtu.be/_8eff5Nu0Q4

Garfield and Friends is an American animated television series based on the comic strip Garfield by Jim Davis. The show aired on CBS from September 17, 1988 to December 10, 1994. The show features animated story lines adapted from the comic strip Garfield and Davis's other comic strip U.S. Acres. Mark Evanier was the show's head writer. Lorenzo Music provided the voice of Garfield the cat, the strip's title character, as he had done since Here Comes Garfield in 1982. Other voices present on the show included Thom Huge as Jon Arbuckle, Garfield's human owner, and Gregg Berger as Odie the dog. Berger and Huge also respectively voiced Orson Pig and Roy Rooster in the U.S. Acres segments. 121 episodes were made, each consisting of two Garfield segments and one U.S. Acres segment.

The ONLY Official Youtube channel for the Nostalgia Critic and Channel Awesome. 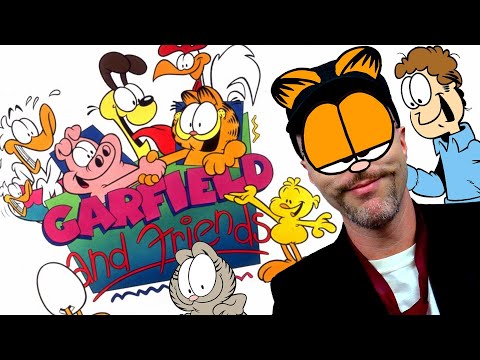 Go to http://buyraycon.com/nostalgia to get 15% off your order. Go to http://hellofresh.com/critic16 and use code critic16 for up to 16 free meals and...