admin
After George saves a tribe of jerko-lemmings from certain doom, he finds himself worshipped as a jungle deity.

George of the Jungle | Season 2 | Episode 22 | George Who Would Be King, The/the Peel of Fate

After George saves a tribe of jerko-lemmings from certain doom, he finds himself worshipped as a jungle deity. Life gets pretty sweet, until the real jerko-lemming deity pays a visit to find out why he's not getting the love anymore... / Ever since he was a kid, Ape has dreamed of joining the Ape Council. But after he finally dons the fancy robes and the sacred peel, he finds himself longing for his old life with George. Sometimes success isn't everything it's cracked up to... especially when your coworkers are jerks. 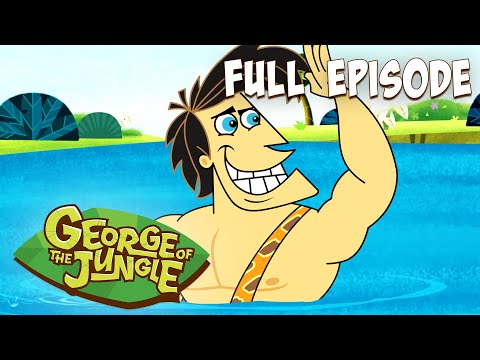 After George saves a tribe of jerko-lemmings from certain doom, he finds himself worshipped as a jungle deity. George of the Jungle | Season 2 | Episo...