George of the Jungle | Jacket George | Compilation | Cartoons For Kids

admin
George always makes himself useful, even as a jacket...

George of the Jungle | Season 2 | Episode 12 | My Georging Jacket

It looks like George's reign as king is over when Tiger and Weevil paralyse him with a poisonous No-Licky Frog. But George proves that he's relentless, and fashionable, when he discovers that he can still make a difference... as clothing!

The discovery of beavers in the jungle somehow sends George on a soul-searching quest to find out what it means to be human. Now George really doesn't find out much, but man does he put some evil beavers in their place!

George of the Jungle | Jacket George | Compilation | Cartoons For Kids 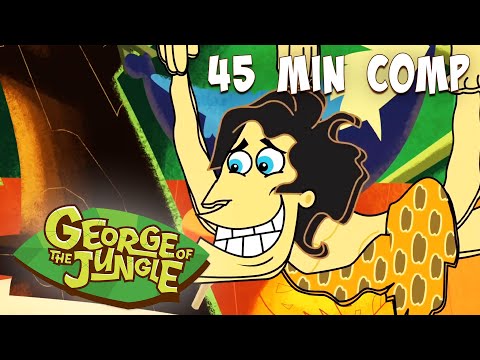 George always makes himself useful, even as a jacket... George of the Jungle | Season 2 | Episode 12 | My Georging Jacket It looks like George's reign...