George of the Jungle | Jungle Politics | Compilation | Cartoons For Kids

admin
Negotiations between the Jungle and Desert kingdoms take place.

Negotiations between the Jungle and Desert Kingdoms have always been delicate. / When George accidentally ends up in the Jungle King Afterlife (read: dies), he meets the jungle kings of yesteryear.

George swings into trees. Like, a lot of them. / George has a secret. No, it's not that! It's actually his beautiful singing voice.

George and Ursula are like ying and yang. George saves the jungle animals, Ursula terrifies them. / George and his friends can't stand Ape's Jungle Jellies.

Being king of the jungle is tough. George loves it, but sometimes he imagines what it would be like to walk a mile in his friend's shoes. / Sometimes it's hard for George to admit his mistakes – good thing his new magical talking loincloth says he doesn't have to!

George of the Jungle | Jungle Politics | Compilation | Cartoons For Kids 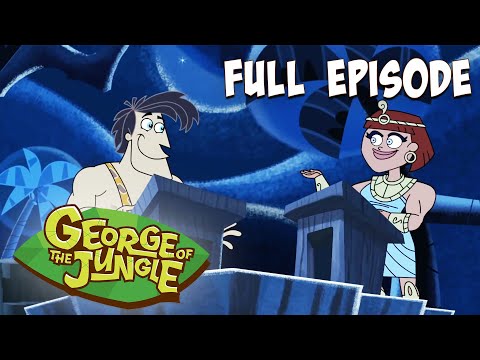 Negotiations between the Jungle and Desert kingdoms take place. George of the Jungle | Season 2 | Episode 5 | Queen of the Desert/kings And Little One...