I Wish I Never Got Adopted By Billionaire Couple

A couple of billionaires adopted me but they’re raising me poor... they don’t share anything with me

My life has been a roller coaster from birth. You may think that my story is unrealistic but everything I’m about to tell you is true.

When I was about five months old, an old man, Mr. O Sullivan, found me on his porch when he was going outside to feed his cat. I was in a cardboard box wrapped in a blanket. I wasn’t crying or anything – just looking around.

Before I tell you what happened next, please like the video and subscribe to the channel. Don’t forget to hit that notification bell if you never want to miss out on another great story! Thanks, you’re the best!

You might be thinking that he called the police immediately and tried to get rid of me as soon as possible – but he didn’t do that. He decided that he’d try to take care of me himself and whenever anyone asked, he told them that I was his granddaughter. He named me Julia, after his long lost wife.

As I grew up, he told me lots of interesting stories about his hometown in Ireland. I went to bed dreaming about leprechauns, fairies and all the cool mythical creatures I was convinced lived there. I called him grandpa my whole life, until I was about ten years old. He decided to tell me the truth about where I came from.

“So you don’t know who my parents are?”

“No. And they never came searching for you either. I always thought that they’d show up here one day but that never happened. I suppose they had some kind of difficulty and they just couldn’t take care of you. But don’t worry, I’ll always make sure that you’re happy and well taken care of.”

I was grateful for him, but still sad.

Then, I experienced the most depressing and heartbreaking thing that ever happened to me. When I was fifteen years old and Mr. O’Sullivan was ninety, he passed away peacefully in his sleep. I was all alone and I didn’t know what to do. I was terrified of going to some kind of orphanage or to a foster care with people I didn’t know.

I called the police and they showed up at my house with an ambulance. My dear Mr. O’ Sullivan was taken away and I was interviewed. I decided that I had to tell them the truth and while I was doing that, some neighbors were passing and decided to listen too.

“So you’re not his real granddaughter? He found you on the porch?” one of them

I Wish I Never Got Adopted By Billionaire Couple 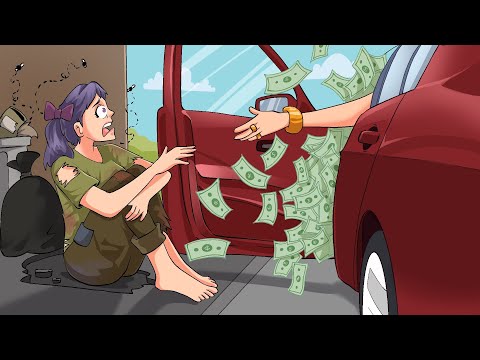