admin
Iron Giant (1999) Animated movie explained in Hindi Urdu voiceover. The Disney animation fantasy film "The Iron Giant” story summarized with a full ending in हिन्दी explanation. The plot revolves around a giant robot that falls from the sky. Later, in the forest, a boy named "Hogarth" encounters it and assists it. He even provides metal for it to eat. "Hogarth" frequently goes to meet it in the forest and even attempts to tell his mother about it, but his mother does not believe him. Later, an officer named "Kent" discovers strange incidents in the city and conducts an investigation into them. He discovered a gun there, but the name "Hogarth" had been removed. Later, he discovers that half of the car is missing. This robot has made a friend out of "Hogarth." He teaches it many things, and the robot understands everything he teaches it. "Kent" investigates the matter. He goes to "Hogarth's" house and rents a room just to keep an eye on him.

"Hogarth" transports the robot to the "Dean" garage to feed it metal. The next day, "Kent" asks "Hogarth" for the truth, and he tells him the location. "Kent" arrives with his army. "Dean," as it was his art, has placed the giant robot, and the general becomes furious at him and returns with his army. They become content, and the robot reverts to its original form. They were on their way back, but "Kent" notices the giant robot and informs his general. They begin to attack it. They want to destroy it because they believe it will harm them. "Dean" was attempting to persuade them that it will not harm them to lay down their weapons.

"Kent" requests that a missile be launched, but when the General notices that the robot is not causing any harm, he refuses to comply. "Kent" launches a missile. The robot goes to the missile of its own volition, and there is a huge explosion in the sky. Everyone was saved on earth After a few months, a statue of this robot was erected to honor its bravery. Finally, the parts of the robot were shown joining together, implying that it will revert to its original form, and the film ends here.

Disclaimer: Becasue it belongs to the category of fantasy animation, all the content presented in this video is purely for family and is suitable for all ages. It is not only made for the young audience but mostly teens and adults enjoy it. Plus, all footage belongs to their respective owners; We used it with our comment under Fair Use. Thank you. 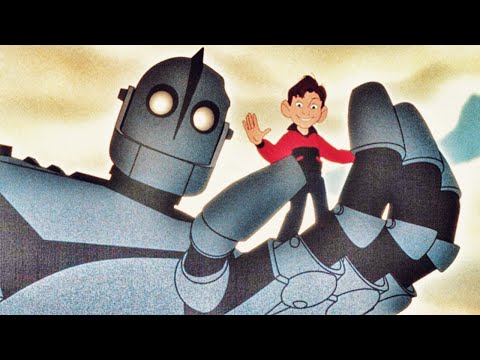