admin
Bhuter Cartoon - Jungaler Kabrishtan ( Jungle Cemetery ) Ghost Animated Story by by Subhankar Bhattacharya.
Devjit came to attend the Annprashan ceremony of the only son of his colleague Tamal. He had come to Tamal's house a day before the ceremony. For a special work at Devjit's house, on the afternoon of the ceremony, he left for the railway station to go to his house. A little further on, the sky was covered with thick black clouds. Before it started to rain, he started walking along a jungle road to get to the train station quickly. But after crossing some paths, it started raining. He began to look around for shelter. He was very happy to see a house in front of him. But when he saw some graves around the house, he wondered who would build a house next to the graveyard in this deep Jungle! 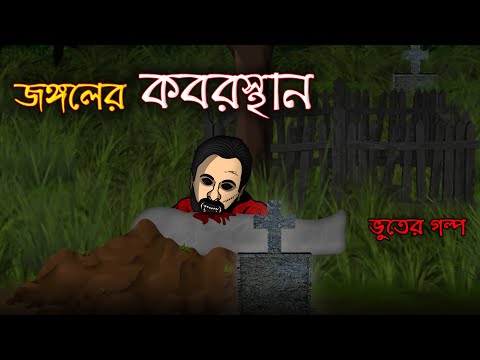