admin
Luca (2021) Animated movie explained in Hindi Urdu. The American Fantasy animation film “Luca” story summarized with a complete ending in हिन्दी explanation. The plot revolves around a two fishermen who confront the sea monsters. An unharmful sea monster "Luca" comes on the scene who follows another monster named "Alberto" when it moves out of the sea. "Luca" is a very interesting monster which has a strange dream to observe the World out of the Water. "Alberto" takes it away from the water and directs it to its house where it had gathered the human thrown things in the water. Alberto takes it to another city where Luca's parents may not search for it. Going to the other city, they meet a new character who is a member of the championship and has a Vespa bike. There they decide to participate in championship from where they could get a lot of money to fulfill their dreams of Vespa.

Then a girl appears who consoles Luca and Alberto" and boosts up their energy saying you will get the dream vespa after winning.. At last , "Luca" is able to get the prize money and it takes a bike. And "Luca" also takes admission in that girl's school which was also the dream of it and it was the film's happy ending. 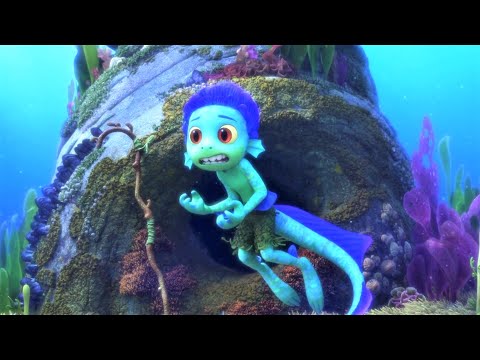