admin
Meet the Robinsons (2007) Animated movie explained in Hindi Urdu. The American Fantasy-Comedy animation film “Meet the Robinsons” story summarized with a full ending in हिन्दी explanation. The plot revolves around a boy named 'Lewis' who is raised in an orphanage. He has scientific thinking and makes many inventions, but no one adopts him from this orphanage because he was disagreeable with his mother, which is why she left him there? Lewis, on the other hand, believes he saw his mother as a child and has a hazy memory of her. He decides to build a machine that will recall his forgotten memory. Later, he encounters a police officer named 'Robinson', who has arrived from the future to assist Lewis. Robinsons save him from a tall man wearing a big hat, which later turns out to be a robotic hat.

Now, Lewis requests that Robinsons make him meet with his mother; Robinsons agrees and transports him to the future, where he meets Robinsons' family. The tall man chasing Lewis for information about the machine was Lewis's roommate, whom he didn't let sleep. He wished to exact his vengeance on him. Lewis, in the end, reconciles the future and the past. He also sees his mother, but he lacks the courage to approach her. He tells Robinsons, "You are my family." Lewis was relieved at the end of the movie because he had made everything right. Please Like, Share and Subscribe. 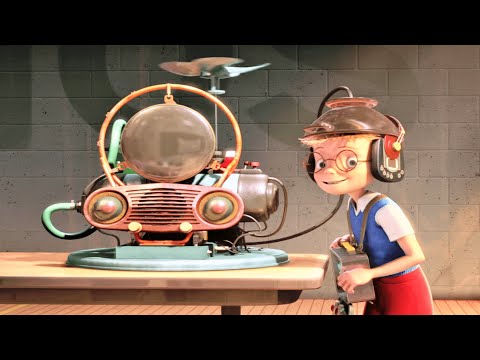