admin
Megamind (2010) Animated movie explained in Hindi Urdu. The American Fantasy animation film “Megamind” story summarized with a full ending in हिन्दी explanation. The plot is revolves around a boy named Megamind who was sent to Earth with his pet fish. He was accompanied by another young man who is known by the name Metro Man. Metroman was raised in a wealthy family, whereas Megamind was raised in a prison and with time he becomes supervillain. Metroman is transformed into a city hero, while Megamind is transformed into a criminal and he always fights with Meroman before dispatching him with a missile. Megamind then rules the city with his pet, but after a few days, he becomes depressed because he realizes he has nothing to do and misses Metroman.

Later, Megamind decides to create another superhero to help him. He creates something with Metroman's DNA, and by injecting it into someone, and he becomes the superhero, and Mega Man asks him to fight with him, but he refuses, saying, "I don't like this life, and I want to become evil." Then they fight, and Megamind hits the superman with the copper ball, but it doesn't hurt him, so he goes and checks to see if Metroman is still alive. He is shocked to see Metroman alive, and Metroman says, "I knew you were a true hero, which is why I decided to spend my life as a musician secretly, your experiment to make a superman failed, now go and fight with him because he wanted to be evil." Now that the citizens have realized he has saved their lives, they thank him, and the reporter also hugs him. This marked the end of the film.

The film is amusing and made me laugh out loud. The acting was excellent. It's an action-packed comedy superhero film. It is highly recommended from my side. This film should appeal to both parents and children, so I strongly recommend it to watch. Please Like, Share and Subscribe. 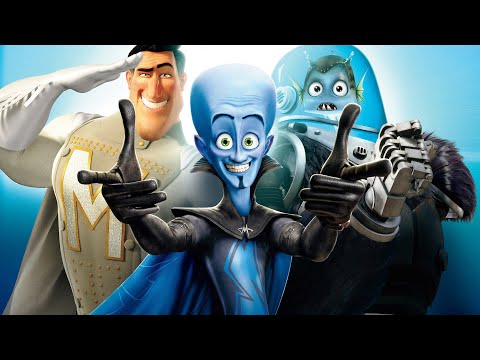