This 2D animated tv series is based on 4-year-old Raju is the first spin-off on the character from Chhota Bheem named Raju. Mighty Raju, created by Green Gold Animation, is the favorite animation cartoon for children due to its friendship and science-tech fiction theme. This cartoon is one of the most entertaining tv shows among various series on POGO TV aiming at young children. Children and their parents love this genre of action, adventure, comedy, and superhero image.

Green Gold Animation launched an official YouTube channel for the cartoon character Mighty Raju because of its popularity. Everyone who enjoys watching this cartoon can directly subscribe to this channel for the latest videos. Kids will love to watch this funny cartoon for its unique storyline to get unlimited entertainment. These kids YouTube videos are fun for your little ones to watch to kill their boredom with some learning. Children can enjoy these Hindi cartoon videos that include Raju’s crazy adventures and ultimate fights

Kids watch this animation cartoon to get loads of entertainment with some good learning aspects. Children can also watch this funny cartoon available as kids Tamil story and kids Telugu stories including superhero’s adventurous spirit, challenges, and experiences in the videos showing the country's heritage and culture.

The other characters in this series are Swami a famous scientist, and his wife Sandhya a homemaker are parents. Raju’s closest friends are Julie, and Gopi are his classmates. Moby is his puppy friend, Cheeky is a robot invented by Swami, and Commissioner Khanna is the sincere & duty-minded police commissioner of Aryanagar City. Charlie is a school bully, and the enemy of Aryanagar city is Karati, who always plans to spoil the peace of the City. This show ran for about 1 season with around 60 episodes with 25 segments. There are 32 television movies released on the POGO channel and one theatrical release Mighty Raju Rio calling that won Best Animated Feature Film in FICCI BAF Awards 2015. For any other information, you can check the official website http://www.mightyraju.com/.

Some of his movies are the best cartoon movies for being excellent animation movies in Hindi. It is the best cartoon for kids, and the kids YouTube videos are packed with surprising plots. The content is mostly family videos where the superhero explores new places with Mom & Dad and his unique experiences. The videos will entertain kids along with some good learning. Do subscribe to our channel to make your child's fun time worthwhile!!
Subscribe to the Mighty Raju: Official YouTube Channel!! 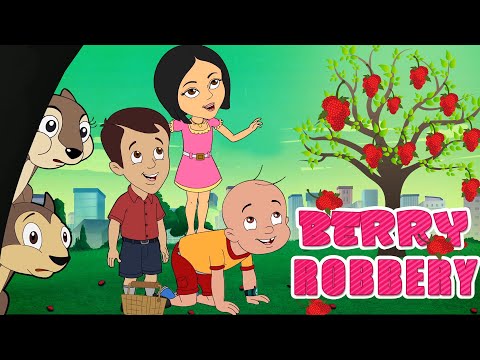