admin
Cartoon Network City bumpers aired on Cartoon Network in the mid to late 2000s. The animation came from Animal Logic, also known for Happy Feet and The Lego Movie. Now, Netflix has acquired Animal Logic in an attempt to boost their animation talent on the platform. Is that good?

Cartoon Network City was one of the best eras of Cartoon Network, featuring crossovers of characters in every direction. Samurai Jack, Billy and Mandy, Foster's Home for Imaginary Friends, Camp Lazlo, Courage the Cowardly Dog, and pretty much any Cartoon Network show you can think of had a chance to shine here. With the news of Animal Logic joining Netflix, their era of the CN City officially isn't coming back.

My videos are produced with the editor Camtasia Studio 2022 and I use a Blue Yeti Microphone to record. All scripts are written by me. Any footage used is from various TV shows, movies, and games to illustrate my personal thoughts on these pieces of media. All stock photos and images are either created by me or are sourced from publicly viewable image websites. This criticism, comment, or news reporting falls under Fair Use (The Copyright Act of 1976, Section 107). If you are interested in viewing full cartoon episodes/movies or playing entire video games, please buy the DVDs and games from the media companies providing them. Also, the intro song featured in my videos is Finding Hope - Wonder. 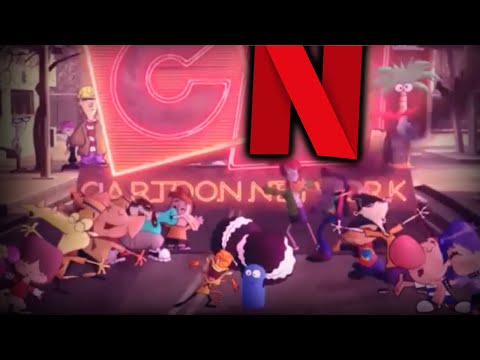