admin
I took TheNMan64's advice to "do a bit of tuning up on your audio mixing". I normalized all the audio in my video files.

1. Dark red FBI warnings (1986-87)
2. Video dealer announcement (read by Brian Cummings, naturally)
3. Song of the South 1986 re-release trailer -- You'll note they're focusing on the animated segments. Those are apparently the best parts of the movie. Disney wants you to forget the boring live-action part. No wonder it's not on Disney+. Honestly, the whole movie should have been animated/live-action.

"If the market were there, what a joyous series of ten-minute cartoons on Uncle Remus themes he could have produced! As it is, Song of the South is neither fish, fowl nor good Brer Tarrypin." - Isabel Quigly, The Spectator

4. 1986 Walt Disney World commercial - "Come Be Together at Disney"
5. ABC 1986 promo "Together" - By 1986, Disney did not yet own ABC, but ABC has always held a special part of Disney history. They helped finance Disneyland, and as of this time, were airing "The Disney Sunday Movie". Why wouldn't Disney promote their host network? Check out Hugh Downs flying.
6. The Disney Channel 1986 commercial - The Disney Channel brings the family together. Notice a theme?
7. 1984-88 "The Classics" logo (with long pause)
8. Distributed by Buena Vista Distribution
9. "The Many Adventures of Winnie the Pooh" opening titles/"Winnie the Pooh"/first few minutes of the movie

I own nothing. Made with Adobe Premiere Elements 4.0. 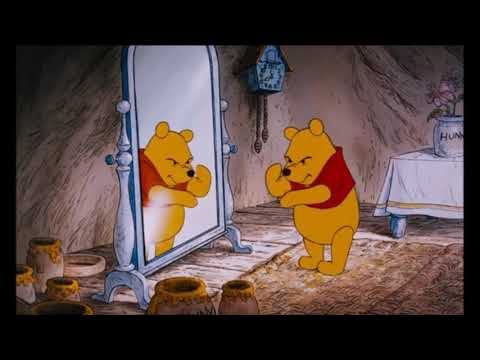 I took TheNMan64's advice to "do a bit of tuning up on your audio mixing". I normalized all the audio in my video files. Release Date: Septe...