admin
PAW Patrol: The Movie (2021) Animated movie explained in Hindi Urdu. The American Fantasy animation film “PAW Patrol The Movie” full story summarized with a complete ending in हिन्दी explanation. TThe plot is about an animal police patrolling team which consists of the puppies as their team members. Their task is to help the people who are in trouble in their city. At the beginning , a truck driver is rescued by a puppy named "Chase" who is a member of paw patrol. Now the scene takes place in a city named "Adventure City '''. where a new mayor is elected who is the foe of the puppies. There is another puppy "Liberty" which is fond of joining the Paw Patrol and it also detected that puppies are now in danger in this city. So the Paw Patrol team is called for help. At last all members of this team reach here. As the team of paw patrol approaches , the mayor catches sight of them and flies into rage. Mayor had started the fireworks there in celebration which set the building on fire.

But paw patrol controls the whole situation but "Chase" remains unable to help. Due to this , he becomes hurt and is sent far from the team's mission for a while. On the other side, the mayor feels jealousy from paw patrol and he wants to win the hearts of his natives , making a new roller coaster. But his plan is spoiled and turns it in favor of paw patrol again when they again rescue the lives of the people from it when it creates a problem. Mayor orders his men to abduct the puppies and they do so. One by one, puppies begin to disappear and "Chase" is also among them. In the end, they are released by "Liberty" .

Then one more problem is created in the whole city and the machine fixed by the scientist in clouds to stop the rain creates a problem. Then paw patrol members are again called and they resolve the whole issue and the natives begin to praise them . In this way the honour of paw patrol is increased in the eyes of natives. "Liberty" is hired as a member of "Paw Patrol" and "Chase's seat is again restored. Also watch oy story 01 explanation here: https://youtu.be/X-1ySZ4s4UI 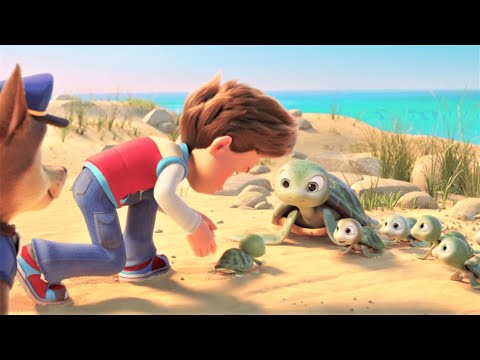