admin
Oswald Chesterfield Cobblepot, popularly known as the Penguin, is one of Gotham City’s most notorious supervillains and as a result, an enemy of Batman. He is also exceedingly popular with the audience due to his intense backstory and exciting arcs.
This rich, sophisticated, and intelligent criminal mastermind was introduced by the artist Bob Kane with writer Bill Finger in Detective Comics #58, in December 1941. He puts up the front of Oswald Cobblepot, a gentleman. Underneath this facade, he is a vengeful and power-hungry criminal, driven by rage.
Initially, he was characterized by his love of ornithology and umbrellas fitted with the technology. Later, he went on to become the manager of a popular nightclub called Iceberg Lounge, where he started to hide his illegal money. Basically, he uses it as a front for money laundering. His crimes are slimy and he isn’t afraid of any deed, no matter how dirty. His power-hungry nature allows him to rise to the top as he becomes the criminal kingpin of Gotham City.
#Penguin

* Important Disclaimer: As an Amazon Associate I earn from qualifying purchases. 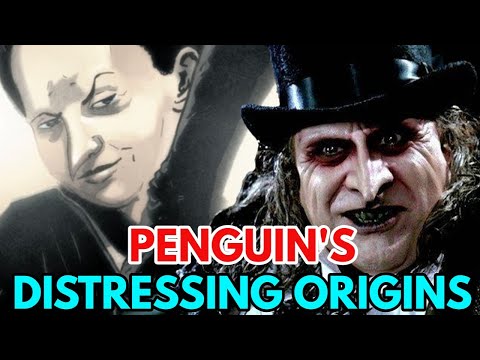 Oswald Chesterfield Cobblepot, popularly known as the Penguin, is one of Gotham City’s most notorious supervillains and as a result, an enemy of Batma...