admin
SpongeBob SquarePants episodes have been airing on Nickelodeon since 1999, but some fans came to a realization that SpongeBob was over. Don't worry: the show is still continuing on Nickelodeon, but what's going on? Why do people think SpongeBob ended in February?

There have been rumors of SpongeBob ending for years, and this one is no different. While the main SpongeBob series doesn't air episodes as much because of Kamp Koral and The Patrick Star Show, there's more being planned behind the scenes. We haven't seen the end of SpongeBob SquarePants just yet.

My videos are produced with the editor Camtasia Studio 2021 and I use a Blue Yeti Microphone to record. All scripts are written by me. Any footage used is from various TV shows, movies, and games to illustrate my personal thoughts on these pieces of media. All stock photos and images are either created by me or are sourced from publicly viewable image websites. This criticism, comment, or news reporting falls under Fair Use (The Copyright Act of 1976, Section 107). If you are interested in viewing full cartoon episodes/movies or playing entire video games, please buy the DVDs and games from the media companies providing them. Also, the intro song featured in my videos is Finding Hope - Wonder. 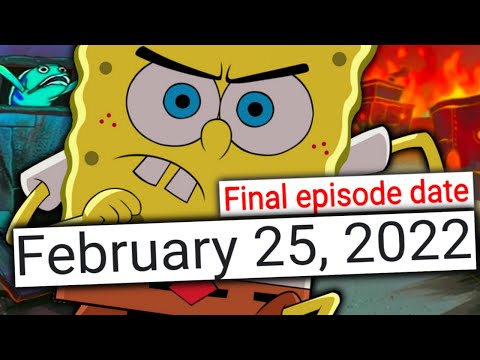 SpongeBob SquarePants episodes have been airing on Nickelodeon since 1999, but some fans came to a realization that SpongeBob was over. Don't worry: t...