admin
1. The Pink Flea - Our poor Pink Panther is constantly being bothered by the pink flea. No matter where he goes or what he does, he can't get rid of it.
2. Sink Pink - Big game hunter, Tex, has promised his little wife Nora a lovely fur piece from his safari. In order to get all the animals he wants, Tex builds an ark and names it Nora's Ark and search for the Panther.
3. Pink Punch - Introducing a new drink called "Pink Punch," the Pink Panther finds a green asterisk on his sign. When he tries to take it off, his finger turns green.
4. Pinkadilly Circus - The Pink Panther has a tack in his foot. When a passing pedestrian removes the tack, the Panther becomes devoted to his rescuer.
5. Pinkome Tax - A tax collector, in pursuit of his coins, runs into the Panther. The Panther is merely being what he thinks is helpful to a neighbor that ended up in jail for not paying enough taxes.
6. Lucky Pink - A robber finds a horseshoe. Thinking that it's good luck, he puts it in his pocket and goes into a bank to rob it. He is immediately set upon by cops. They chase him until he loses the horseshoe which the Panther tries to return.

The Pink Panther is the sly, lanky animated cat created by Friz Freleng and David DePatie. The iconic feline was first created in 1964.

New videos will be uploaded every Friday and Saturday! 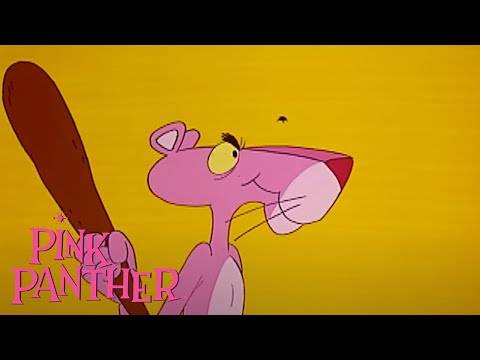 1. The Pink Flea - Our poor Pink Panther is constantly being bothered by the pink flea. No matter where he goes or what he does, he can't get rid of i...