admin
another fun A for Adley video re-imagined by Spacestation Animation!!

IT'S FAIRY MARKER SEASON! Fairy markers only grow on pirate island during a certain time of year! While Adley was picking all her favorite color markers, Pirate Dad saw her from the top of his ship and thought she was trying to steal his treasure! Fairy Adley told him to come down from his ship so she could teach him how to do arts and crafts! Pirate Dad thought she was tricking him! He finally came down from his ship they both picked markers together. While they were picking markers Adley told him about a SECRET part of the island that only fairies know about... "Creative Cave". It's inside the lava volcano but you have to know the special fairy magic to get inside! When they got inside the cave Adley gave Pirate Dad a tour! During the tour Pirate Dad found Adley secret pile of chocolate gold and tried to hide some in his hat.. but Adley had a secret plan to take it back from him later! Now it was time for Art. Fairy Adley got 2 pieces of paper and lots of fairy markers for us to make treasure maps! while Pirate Dad was coloring his map, Adley snuck up behind him and took the candy gold from his hat! After they finished coloring, Fairy Adley and Pirate Dad gave each other their maps as surprise gifts!

For a sneak peak of our next episode be sure to join Shaun Mcbride and his Family on the A for Adley animation video: https://youtu.be/NqiqQ7ixH1U

The A for Adley video used to make this animation - PiRATE DAD vs FAiRY ART!! Crafts with Adley inside our Creative Cave! chocolate gold & lava volcano
https://www.youtube.com/watch?v=1bChPFnxTiA 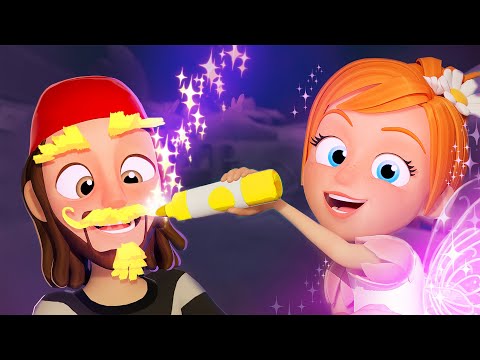 another fun A for Adley video re-imagined by Spacestation Animation!! JOIN THE FAM - https://www.youtube.com/c/Spacestatio... IT'S FAIRY MARKER SEASON...