HEY EVERYBODY!! OUR FAMILY 3D CARTOON IS FINALLY HERE!! And I’m so excited that we can share it AND watch it with you, our friends!! Mom, Dad, Niko and I all ran down to our basement and gathered around our TV and watched it for the very first time all the way through! It was so fun watching cartoon Fairy Adley being a good friend and gathering food for all of her fairy friends and seeing Pirate Dad and Chuck the Skeleton having a good time on their ship! When Chuck crashed the boat on Fairy Island Pirate Dad sprung into action to hide all of his treasure so that Adley didn’t take his gold!! When Adley saw the Pirate Ship wreck she had to go check it out!! She wanted to go in the pirate ship and find some treasures!! She was being super sneaky so she didn’t get caught but Pirate Dad was hiding under the deck waiting to catch a fairy!! When Adley was close enough, Dad jumped out and grabbed on to her leg!! They were having their very own Beach Battle for Treasure!! Adley tried to use her Magic Wings to fly away but Dad ripped the wings off and they floated down to the beach slowly!! Dad then took the robber fairy to jail and locked her up so she couldn't escape!! Adley searched high and low in the cell and found some keys so that she could make the ultimate escape!! All she had to do now was get her keys and fly away, but she needed to look out for Pirate Dad and his Root Beer Bombs!! She barely escaped with some treasure but she wanted to go back so that her and Pirate Dad could be friends!! She just needed to bring him a gift so that he would forgive her!! She searched the island and the ship for some good food and she even wanted the inside of the boat to be a Fairy Pirate Ship!! She used some of her favorite things to decorate with, like a new hat for Pirate Dad, Fairy Wings, and even a Quarter Machine in the corner as a surprise!! When she was done with the inside she delivered the food to Pirate Dad and they realized that they could be best friends!!

It has been the ultimate journey turning one of our favorite Adley Videos into this fun new story!! And we can’t wait to make some more of these 3D episodes for you!! To show you that we plan to make more, our family thought it would be a great idea to show you our storyboard of our 2nd animated episode where I have to go to the Doctor’s Office because I have STICKER POX and TURKEY FEET!! And I may have accidentally told you what our 3rd episode is going to be…. Hair Salon *shhhhhhhh* We are so excited and happy to take you along with us!!

Thank you for being our friends and watching our videos!! We started a new Youtube Channel called Spacestation Animation where we will put all of our new 3D animated Cartoons! Be sure to follow along there to see some more exciting videos!!
https://www.youtube.com/c/SpacestationAnimation

my dad's last video: BLUEY FAMiLY in real life!! Adley & Niko trick or treat at our Spacestation party in their costume!
https://youtu.be/6T95b0CTdtw 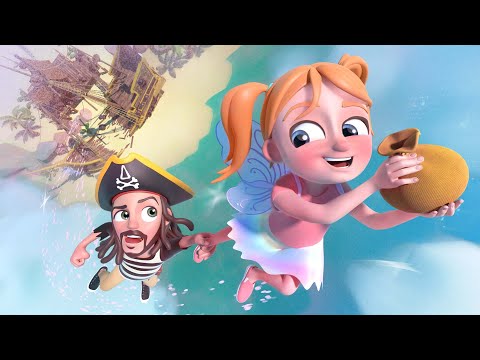 the true story of how Fairy island became PiRATE iSLAND!! LET'S BE FRIENDS -- https://goo.gl/a7ctjJ HEY EVERYBODY!! OUR FAMILY 3D CARTOON IS FINALLY H...