When Genndy Tartakovsky's Popeye movie was cancelled at Sony Pictures Animation, a lot of people blamed The Emoji Movie. However, the real reason Popeye isn't coming to the big screen is simply because Genndy's vision didn't match the executives in charge. While we may never get to see this version of Popeye in theaters, an animatic is better than nothing.

My videos are produced with the editor Camtasia Studio 2022 and I use a Blue Yeti Microphone to record. All scripts are written by me. Any footage used is from various TV shows, movies, and games to illustrate my personal thoughts on these pieces of media. All stock photos and images are either created by me or are sourced from publicly viewable image websites. This criticism, comment, or news reporting falls under Fair Use (The Copyright Act of 1976, Section 107). If you are interested in viewing full cartoon episodes/movies or playing entire video games, please buy the DVDs and games from the media companies providing them. Also, the intro song featured in my videos is Finding Hope - Wonder. 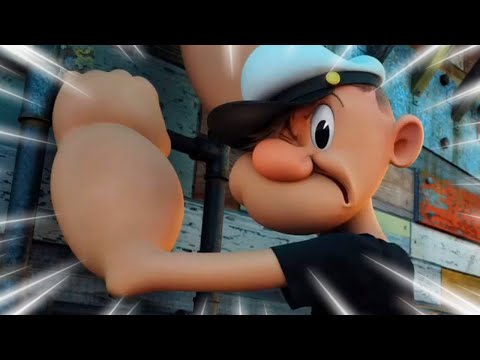