admin
Part 1: https://youtu.be/7SG_2mIT2zw
Rio 2 (2014) Animated movie explained in Hindi Urdu. The American Fantasy animation film “Rio 2” story summarized with a full ending in हिन्दी explanation. Plot revolves around a parrot Blu who is shown happy with his family but then they learn that there are more Blue colors Macaws in the Amazon forests. Because the female parrot wants to go there, she convinces her husband to accompany her. On the other hand, Linda and her husband traveled to the Amazon forests to research the ratio of wood being removed because a woodcutter's group is cutting the woods because they were carpenters. When Blu reaches the Amazon forests, he discovers the other Macaws, which are the female parrot's family. The blue Macaws were concerned because the woodcutters were also destroying their nests and homes. Please Like, Share and Subscribe.

While, The creepy white parrot also arrives to exact revenge on Blu. However, it was not a success. Linda saves the fallen woods from the female parrot's father. Linda and her husband are also freed from the woodcutter's trap by the Blu Macaws.

After meeting Linda and her husband, its perspective on humans has shifted, and it now states, "I don't like humans." Blu Macaws decide to live in the Amazon rainforests and everyone was happy there. It was a fun movie to watch, and I fell in love with the super cute Macaws.

Disclaimer: Because it falls under the fantasy animation category, all of the content presented in this video is solely for the family audience and is appropriate for all ages. It is not only created for a younger audience, but mostly teens and adults enjoy it. Also, all footage belongs to their respective owners; we simply used it after highly editing with our own commentary under fair use. Thanks 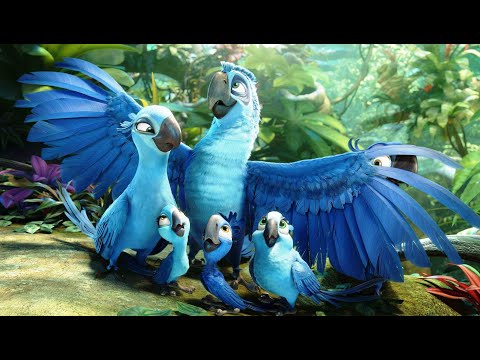