Players must scavenge for weapons, ammunitions, and items that spawn randomly on the map. It is possible to solo, but a team of up to 5 people is recommended. Good items are very rare, and players must exercise caution when going outside. There are many powerful and dangerous enemies such as the Hidden, Sickler, Skinner, Hanger, AK scavs, snipers, Sledge Queen, etc. that can kill you in a few seconds. Even if you do survive, healing items are rare and you will mostly stay crippled.

There are currently 20 classes with special perks that players can unlock to help them survive. They are all pretty unique and cool, for example, Drifters can become cloaked and deal extra melee damage; Apostles can summon shadow clones; Berserkers can life steal and deal bonus damage with melee weapons; Arbiters can shoot cannon shells to stun enemies and rocket jump, etc. I personally main Zealot (turret tower defense class) and Executioner (big damage melee class). Classes can be swapped anytime you are on the main menu. You can also pick 3 traits and 1 equipment that will also give you an advantage in surviving.

Attack waves come at the end of every night. Players respawn before and after the attack wave. When a player dies, they lose all of their equipment and status effects but give their team a morale debuff. If all the players die, the game will reset back to night 1. At wave 10, a boss will spawn (Yosef), and after successfully killing him, you will be brought back to the menu and start over.

However, there is another way to finish the game called the true ending. To unlock the true ending, players need to collect a sword on top of the mountain, find a keycard in a cave, send a distress signal and take gas masks from a secret lab. After completing these tasks and surviving night 10, players will evacuate to a ship and survive until it launches.

There’s currently a new mode called the Last Stranded, which is basically an endless wave mode, where the gameplay is more focused on FPS shooting than melee. We had a lot of fun using the different class combos, killing the Sledge Queen, surviving to night 10, unlocking the true ending and dying miserably. We did not use any script throughout our gameplay, and the game was fun even though it was hard.

Anyways, Decaying Winter was a blast. Apparently, there’s lore for the game that you can find on the wiki and the music/ost were pretty good. Like always, this Roblox video is filled with a crapload of jokes and memes in the form of funny moments/funny montages. I hope you enjoyed this gameplay video, and don’t forget to like, subscribe and comment E.

Be sure to leave a like if you enjoyed this Roblox video!
Thanks for watching!
Like and subscribe for more Roblox Decaying Winter and other funny videos.

#Roblox #robloxgames #robloxedits
Roblox- Decaying Winter:
Survival and Wave Based shooter with heavy emphasis on individual as well as team performance and not failing.
You will fail.
You are not expected to win or even perform well every run.

What is ROBLOX? ROBLOX is an online virtual playground and workshop, where kids of all ages can safely interact, create, have fun, and learn. It’s unique in that practically everything on ROBLOX is designed and constructed by members of the community. ROBLOX is designed for 8 to 18 year olds, but it is open to people of all ages. Each player starts by choosing an avatar and giving it an identity. They can then explore ROBLOX — interacting with others by chatting, playing games, or collaborating on creative projects. Each player is also given their own piece of undeveloped real estate along with a virtual toolbox with which to design and build anything — be it a navigable skyscraper, a working helicopter, a giant pinball machine, a multiplayer “Capture the Flag” game or some other, yet­to­be­dreamed-up creation. There is no cost for this first plot of virtual land. By participating and by building cool stuff, ROBLOX members can earn specialty badges as well as ROBLOX dollars (“ROBUX”). In turn, they can shop the online catalog to purchase avatar clothing and accessories as well as premium building materials, interactive components, and working mechanisms. 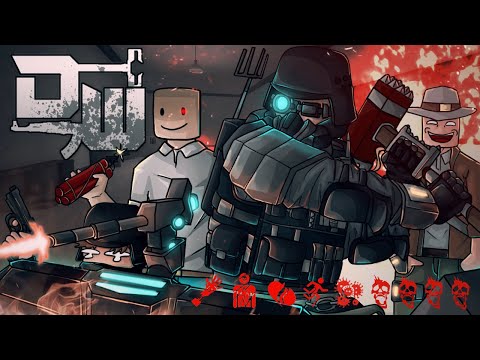