Roobarb and Custard - When the Laughing Had to Stop | @Wizz Cartoons

admin
Roobarb sets up an artist studio and paints a masterpiece portrait of Custard.

Roobarb and Custard are cult British animated characters who first appeared on children's TV in the 70s; the first cartoon ever to run as a series with wobbly animation, manic music and humour loved by kids and parents; it was a winning combination.

The original cult cartoon series by Grange Calveley was narrated by Richard Briers, directed by Bob Godfrey and shown on the BBC throughout the 70s, 80s and 90s. Richard returned in 2005 to voice new yet retro Roobarb and Custard Too animations, with an extended cast of animated characters, which still air on British Channel 5's childrens TV strand Milkshake!

Roobarb and Custard - When the Laughing Had to Stop | @Wizz Cartoons 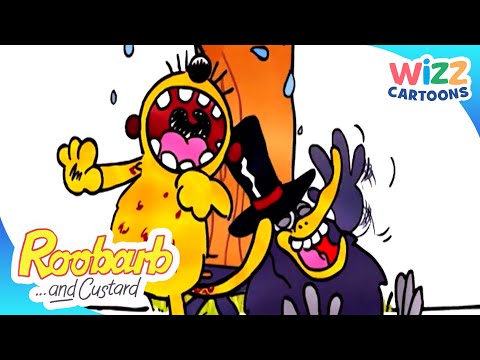 Roobarb sets up an artist studio and paints a masterpiece portrait of Custard. Subscribe for more Wizz Cartoons! - https://goo.gl/obbzS6 Roobarb and C...