SCP-2031 are anomalous colonies of Eciton burchellii (“army ant”) that to date have not been seen outside the active zone of Site-2031-A.
SCP2031 manifests its anomalous behavior when a colony encounters a vertebrate prey animal massing greater than 20kg during a nomadic foraging phase.
Once the prey animal is immobilized, the remaining colony of SCP-2031 will mass around it, and the soldiers will burrow small openings into the extremities. The remaining colony will follow the soldiers and burrow inside the animal’s body. Unlike other carrion-eating insects, SCP-2031 will not immediately attack the soft tissues and mucus membranes (mouth, eyes, rectum, etc.) seeming to prefer the host to live as long as possible. SCP-2031 will not burrow into the animal’s major organ systems until it has expired, usually from dehydration. SCP-2031 will leave intact the prey animal’s hide and skeletal system as it nests within the carcass.

Watch these other SCP videos we love: 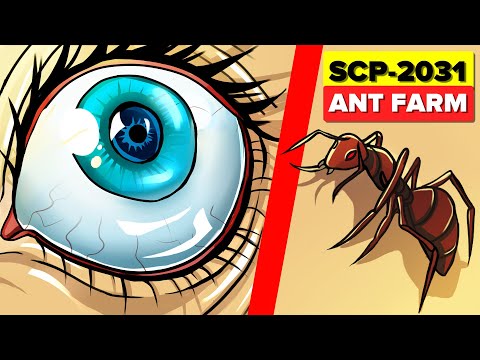 SCP 2031 is a Euclid Class anomaly also known as Ant Farm. SCP-2031 are anomalous colonies of Eciton burchellii (“army ant”) that to date have not bee...