admin
Tonight I dine on turtle soup, is what Shredder said in his first appearance on the 1987 Teenage Mutant Ninja Turtles show, and honestly, the world has failed to keep calm since then. Every time this magnificent villain appears on TV screens, in theatres, or in comic book panels, he leaves an impression that lasts for days. Shredder, the main adversary of the Teenage Mutant Ninja Turtles and their master, has set his mark in the franchise by being the most power-hungry and ruthless man to have existed. He is clearly a man of many talents, someone whose body is both a sword and a shield, someone who can attack and defend with near perfection. Donning metal armor and possessing training that lasted decades, the Shredder ensured his humble origins didn’t stop him from becoming the leader of one of America’s largest crime syndicates. Furthermore, this skilled ninja and crime lord also went on to take control of other realms that were unknown to man. Interestingly enough, Shredder was killed off in his first and rather informal appearance in 1984, but the man, the legend, was not going to have it that way. Shredder made his first television appearance in 1987 and will be remembered as one of the greatest comic book villains for time immemorial. In this video, we will explore his origins across different shows and comics, and dive deep into his comic book backstory. Let’s get this thrill ride started, shall we?
#tmnt #teenagemutantninjaturtles #shredder 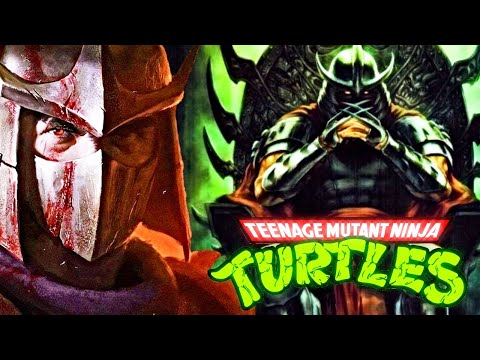 Tonight I dine on turtle soup, is what Shredder said in his first appearance on the 1987 Teenage Mutant Ninja Turtles show, and honestly, the world ha...